Don’t Be Afraid of Shakespeare!

Don’t be afraid of Shakespeare!
Advice on tackling the Bard

Many students fear the man known as William Shakespeare and this is totally understandable.

Firstly he writes in ye olde English, which can feel like a foreign language. There are many ways to overcome this. One is to always WATCH his plays not just read them- plays are intended to be viewed. Also when you read his work, always use a text with a guide/explanations or even better a translation into modern English. This helps so very much. It is interesting that so many students find the thought of Shakespeare intimidating or boring when his plays were written for the masses to enjoy and are filled with exciting drama, dilemmas and universal truths.  Shakespeare is quite relevant to today, you just can’t let the language be a barrier. If you are studying Richard the third (or actually any of his plays), watch ‘Looking for Richard’ with Al Pacino, it’s a great, modern explanation.

Romeo and Juliet is often one of the first plays to be given to High school students –perhaps because the lead characters themselves are 14. This play is about love, deception, bigotry, control, loyalty, misunderstandings, suicide, family Vs romance and so much more. Teachers do a great job at helping students to understand the plays, but at home parents can take an interest in the plays and even if they struggled themselves at school, should attempt to give him another chance. Most importantly speak positively about him.
Something that got me excited about Shakespeare from a young age was hearing the impact he has had on so many people. I have been at a performance of Othello where people in the audience wanted to stand up and scream “Don’t do it!” There is also the scene in Merchant of Venice where Shylock gives his brilliant speech. Watch here https://www.youtube.com/watch?v=Ai9rgV118Os This is both timeless and moving.
Watch interviews with actors who have done Shakespeare and hear them talk about Shakespeare. There are so many theories about who Shakespeare was, a woman, a lawyer, a black man, a white man, a catholic, a protestant. There are so many theories – a great read is Bill Bryson’s book on the bard, which really reveals how little we know of him. Once you have heard many modern people discussing Shakespeare and his work, the fear of language will subside and hopefully you too, can be captured by the wonderful truths and essence of his plays, language and characters. 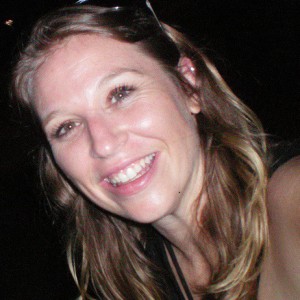 What is the next step after high school? Do you have to go to uni?

Learning Business Skills Isn’t All About Starting a Business

How To Pick The Right Home Tuition Agency

Things to Know Before You Take Online Classes

Micro-credentials and digital badges – an explainer