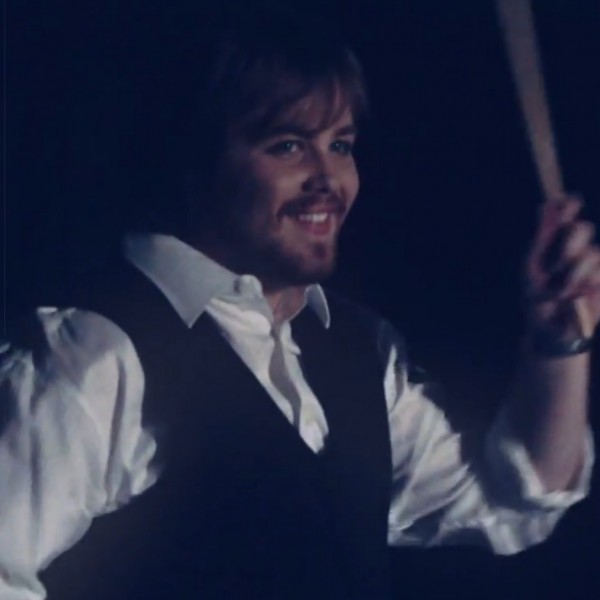 Andrew started playing percussion in 1998 through the Crestwood Primary School Junior Band. It is now 17 years later and he is still playing percussion in many different styles, such as rock, jazz, big band, concert band, orchestral, country, electronic, funk, acoustic and many more. Playing across Australia with many ensembles as well as abroad. He has also extended his instrumentation to be proficient in guitar and handy with keyboards and synthesizers.

Out of the array of instruments he plays his personal favourite is the vibraphone. This can also be noted through his biggest passion in music, composition. He has composed for a number of ensembles and instruments. One of his most noticeable would be “Spooky Metal” (2010) for Vibraphone Duo. He has also composed for film and other screen media.

He was the drummer for the successful Sydney country rock band ‘Jagged Stone’ from 2010 till 2014. He was a contributing songwriter to the ensemble. Synth, extra guitar and percussion work was also carried out by him during recording sessions.

As well as being a rockstar he is also one half of the composition duo The Sonic Nebula. They compose background and theme music for a variety of screen media such as film, television and video games. Services are also available through them are; session work, songwriting, lessons, workshops, demonstrations, producing, mixing and mastering. Formed in 2011 The Sonic Nebula has been working hard to refine its compositions and now produces project for many businesses.

He wishes to share all his knowledge from all of his experiences so far with others to help further educate his skills as a musician as well as mentor many future fantastic musicians. He is currently teaching music in a Western Sydney High School. His services are provided as a session musician, tutor, teacher, producer and composer.

Andrew has no blog post yet.
Start a chat now if you have any blog post topic for Andrew.
Chat with Andrew
Chat with Andrew
Write Review
Michael Darby (13 Nov 2016)
Andrew did a percussion workshop for my school which was fantastic!. Not only did all the students love the experience, they wanted more and I think he might have picked up a number of private students from this event. We will definitely have him back in the future.

Start your free chat with Andrew