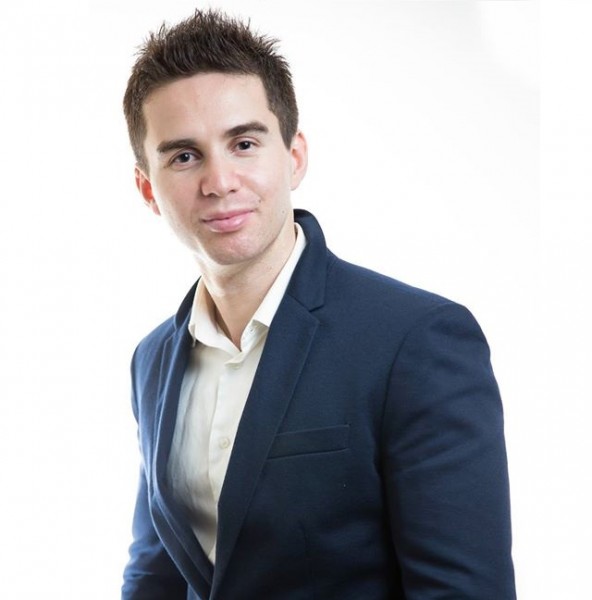 Adam Simpson MVMTA has made a massive impression throughout Melbourne and possibly internationally through his influence, artistic evolution and has made a whole new standard. Beginning in learning playing the piano at nine and a half years old, Adam was taught by Leona Sterling and he further pursued in studying music at Sir Zelman Cowen School of Music, Monash University under the guidance of Len Vorster.

Adam's performances to name a few include the musical Into the Woods, the popular song The Prayer live on radio, Sir Zelman Cowen Strings Twilight Concert, police Remembrance Day, improvisation live from an audience’s choice of key and even improvising to Beethoven’s music “on the go!” Adam has also been awarded 2nd prize of the Australian National Piano Award Goulburn Valley junior regional event and was a 2nd round finalist of the World Competition. Adam has also performed and done collaborations with pop star Mel Jade.

Adam obtained a Bachelor of Music and a Masters of Music from Sir Zelman Cowen School of Music, Monash University, studying classical piano and harmony. However, Adam is an artist in our time and also a visionary, meaning he is also a very advanced one. Besides seeing Adam jamming away on the piano, he is a very passionate self-taught composer and music teacher who has been teaching piano and music theory for more than nine years.

A very efficient teacher, his teaching skills have culminated in students successfully gaining entrance into music courses at university level, even music composition majors, his students have received outstanding results for their AMEB exams and he has even helped other instrumentalists with their music education! Adam has also had students who are only as young as 10 years old who understands all the areas in music and can now only focus on personal self-expression. Adam also has a YouTube channel which has over 1,800 subscribers, containing some of his performances, teachings (has over 20 Alfred’s Series piano teaching recordings) and compositions.

Currently, Adam is writing two visionary papers, Perfect Pitch/Sound Recognition in conjunction with Music Composition/Musicality and expanding on Bruce Lee’s The Art of Expressing the Human Body, not in terms of martial arts but in dancing since Adam is also a very passionate dancer!

Start your free chat with Adam