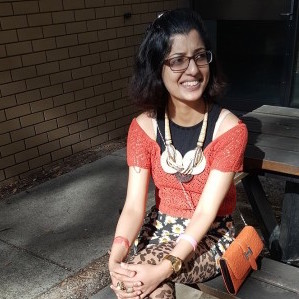 Hello. Not that I am blowing my own trumpet but I consider myself an intrinsically motivated, self-committed, self-sufficient, and an enthusiastic individual holding a pragmatic approach towards life and believing in the notion that 'variety is the spice of life'.

I'm currently enrolled as a full-time PhD student at the School of Psychology and Public Health, La Trobe University, Melbourne, Australia. This is my first year of PhD and I'm working in the area of Social cum Educational Psychology. Specifically, my work is based upon Carol Dweck's implicit theories of intelligence-the notion that intelligence is either fixed (entity theory/fixed mindset) or malleable (incremental theory/growth mindset). I intend to carry out a cross-cultural research (Pakistan versus Australia) to find out if culture-as a moderator-plays an imperative role in the relationship between growth mindset and academic achievement, college adjustment, and well-being among university students. I completed all my prior education in Islamabad, Pakistan at one of the top-notch universities named National Institute of Psychology, Quaid-i-Azam University, Islamabad, Pakistan. My M.Phil (Master of Philosophy) research, in the area of Evolutionary Psychology, was based upon Perception of Emotional and Sexual Infidelity among Married Couples. My M.Sc (Master of Science) research, in the area of Political Psychology, was based upon Causes of Suicide Terrorism in Pakistan as Perceived by Media Personnel. Besides these dissertations, I've conducted mini researches on the following topics: Relationship between Organizational Commitment and Psychological Contract, Relationship between Consumer Decision Making Styles and Learning Styles, Leadership Styles as Perceived by the Different Managerial Positions in the Royal Bank of Scotland, RBS, Gender Differences and Effects of Aging on Dual-Task Performance, Case histories (Siddiq Public School, State Bank of Pakistan & Banking Services Corporation, SBP & BSC, and Chambeli Institute) and Campaign on Reproductive and Sexual Health.

Based upon my M.Phil and M.Sc research, I've following publications to my credit:
1) Perception of Emotional and Sexual Infidelity among Married Men and Women in the Pakistan Journal of Psychological Research, Volume 30, Issue 02, 2015.
2) Causes of Suicide Terrorism in Pakistan as Perceived by Media Personnel published in the Journal of Behavioural Sciences, Volume 25, Issue 01, 2015.

I can teach all core subjects related to Psychology. Here is a list of potential subjects but is not limited to it: