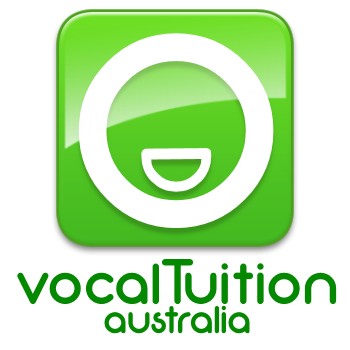 Students of all standards are welcome. No matter what level, professional or true beginner, improvement is inevitable. Classes will help those who lack confidence and provide stimulus and challenge to the more advanced.

Colleen taught A level and BTEC performing arts in dance drama and music for 2 years and has now been self-employed specialising as a vocal trainer for over a decade. She founded ‘Vocaltuition’ in 1997 and since, sold the business in England to Fran Palmer who is now writing for the Examination boards for Rock School Trinity Exams in the UK. Colleen has also contracted to teach for Hillsong International Leadership College as part of ‘Vocal Tuition’ Australia.

After obtaining a degree in Performing Arts in 1991, many teachers, including Carrie Grant from Fame Academy, England, have contributed to Colleens training. She also attended Vocal therapy courses at Exeter RD&E as well as Voice Craft workshops from Alison Bangnall, (www.voicecraft.com.au), training from London's British Voice Association LTD and Vocal Process LTD (www.vocalprocess.co.uk). In August 2005, Colleen emigrated from Devon, England, to the beautiful land of Australia where she now continues to teach, bringing with her the influences of the current pop industry from Britain.

Before her big step to Australia, Colleen ran two gospels choirs that grew at a rapid rate. They were both lively in style and movement. To this day, the Sidmouth Gospel Choir continues under the leadership of Angie Carney (www.sidmouthgospelchoir.co.uk). Colleen has been running choirs since 1999 drawing from decades of extensive experience in Choral work and is now writing resources to help choirs and worship groups in their ministry.

Being a missionary's child, she was brought up in Africa, attending local churches enriched with harmony. Sung solos in choral societies for Handel's “Messiah” and many others. Obtaining a classical grade 8 in voice she entered A level music at Dartington College of Arts where she received amongst many other experiences, Indian vocal training. At Middlesex University she got her B.A.Hons in Performing Arts, majoring in music where she studied performance, popular, jazz, vocal experimental, composition, fusion, & choral work. Extra curriculum included video, costume, production, lights, studio recording, dance, drama, and many more.

Since then she has been a musical director, producing and performing in bands including productions on a large scale for church events.

Colleen has no blog post yet.
Start a chat now if you have any blog post topic for Colleen.
Chat with Colleen
Chat with Colleen
Write Review
Caroline Labour (23 Jul 2016)
Colleen Bleazard from HIW is a skilled and talented singing teacher and album producer. Through Colleen’s creative and quirky teaching style, I’ve been able to learn complex harmonies, build my vocal strength and perform publicly with confidence. I was fortunate to have the opportunity to work on a studio album, The Gospel of Peace, with Colleen and got to witness her amazing gift for creating harmonies and turning simple recordings into works of art.

I also highly recommend Collen’s Vocal Gym as an essential part of every professional singer’s toolkit – it’s what I use to warm up on my way to every gig.

Lee-Anne M (15 Jul 2016)
I highly recommend Colleen as a vocal teacher. Not only has my vocal technique improved, my confidence has grown enormously. Colleen's wisdom, professionalism and personal approach makes learning a delight.
Ron McLay (8 Jul 2016)
I have only recently begun studying singing with Colleen but am already benefiting greatly from her experience and skill. She is very passionate about singing and I've already learned a great deal from her. I look forward to an increasing confidence and development of my singing abilities under her tutelage.
Jaron Blackie (5 Jul 2016)
What can I say but yes yes yes yes.
Colleen is so great with my 11 year old boy Connor.
She just seems to understand him and he really does enjoy the time he has with her.
Nicole V (5 Jul 2016)
Colleen is amazing with my 9 year old daughter and her facilities are better than any I have experienced before. Colleen has the experience and knowledge required to teach but most importantly Colleen has an enthusiasm and love that she shares with her students. My daughter loves her time with Colleen and as such I couldn't recommend her more.
Louise A (5 Jul 2016)
Colleen is a very professional vocal tutor and my singing has improved immensely since seeing her. I would highly recommend her as a tutor.
john Connell (5 Jul 2016)
Colleen is an excellent tutor. She has contributed a great deal to my daughter's skills and enjoyment of singing. Colleen has provided us with both excellent tutoring and resources for ongoing work at home.
Diana Heath (5 Jul 2016)
Colleen is a very professional singing teacher. She has provided me with the necessary techniques and vocal exercises that have improved my vocal abilities. I would highly recommend her as a vocal and music tutor.

Start your free chat with Colleen